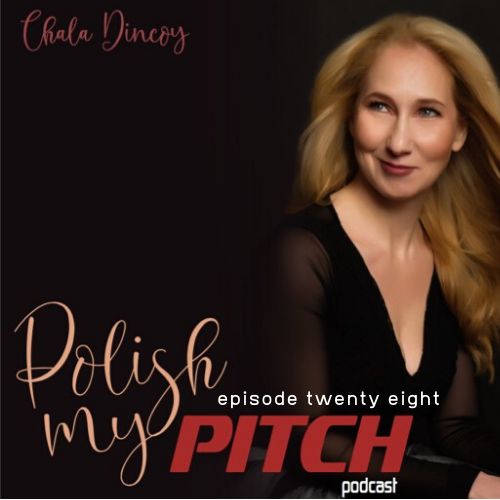 Terry’s, from Evolutionary Healer, Elevator Pitch started off a tad long. It could have been the podcast setting but I’m fairly sure he wouldn’t have introduced himself in that way if we were meeting at a networking meeting.

The length of your pitch is almost as important as what you’re saying. I’ve written a book about it called, “How to Make Anyone Like You in 7 Seconds or Less”. I picked that title because a Harvard study showed that that’s how long it takes for people to make a judgement about you.

Even more fascinating than that, other research showed that when people talk about themselves, the same enzymes and chemicals are released as when you eat chocolate or have sex. So, for God’s sake make your pitch short and make it about them. Because you can’t compete with chocolate or sex.

Now, what I loved about working on Terry’s elevator pitch was that he was quick to pick an industry. His target were Speakers. Great. I can work with that because they have an industry association, they have a conference, a trade show, they have chapter meetings. They are easy to run-into if you hang out at their events.

Later, I had to do more probing to find out the true nature of what costly problem Terry solved. Terry seemed very knowledgeable about his target’s pain and how he could help them. This is something that I’ve often found while doing my hundreds upon hundreds of Elevator Pitch polishing over the past few years.

People know who they help and what problem they solve in most cases, but they simply don’t know how to concisely and eloquently put it into a few phrases to land the prospect’s interest. Well, in this case, I was able to tie it all together with a recommended pitch and that was the triumph of the day!

If you thought what Terry went through was a great experience, come be my next Guest!!

I welcome all your comments and also don’t forget to subscribe and rate the Polish My Pitch Podcast on any or all of our channels:
► YouTube
► Android
► iTunes
► Stitcher
► Spotify
► Google