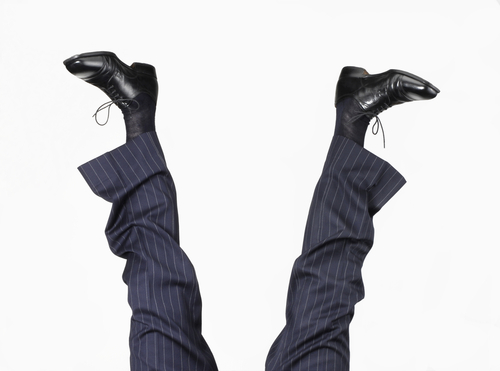 A Harris Poll survey revealed that although 3 out of 5 people have a business idea, a whopping 92% never do anything about it. Mostly because of the fear of rejection. The bad news is that once you start a business, those fears don’t actually go away. Here is a deep dive into the demon of rejection fears.

A fascinating TEDTalk by Jia Jiang talks about how he expounded on a Canadian therapist’s idea of getting inured to rejection by subjecting one’s self to it repeatedly. He took it a step further and came up with 100 difficult tasks such as asking strangers for favours and money to see what he could learn about himself.

Rejection of Asking For Money

Jia’s first rejection therapy challenge to himself was to ask a stranger for $100. I’m thinking that it would be difficult for anyone to do this one. He hilariously describes himself as sweating and dying inside and while shaking, asking the stranger and hearing the ‘no’. Then running away. The lesson was that he never even stayed to talk, ask why, or even to explain his project. And that’s why there was no chance to turn the ‘no’ to anything else.

5 Million views happened when Jia gave himself another Rejection Challenge. He tasked himself with the challenge of going to a Krispy Kreme donut store and asking them to make customized donuts in the shape and colour of the Olympic Rings. Lo and behold to his big surprise, the employee took it very seriously and absolutely delivered! The choppy video is a thing to behold. The lesson? You don’t always get rejected.

Another big lesson to come out of the Rejection Challenge was that the simple question ‘why’ could turn a rejection into a referral. As was the case when Jia knocked on a stranger’s door and asked if he could plant a flower he was holding in the man’s back yard. When met with a resounding ‘no’, Jia asked ‘why?’. It turned out that the man had a dog who dug everything out and that the next door neighbour would have been a better bet. And she was delighted to let him plant a flower in her back yard.

Another great lesson taken from Jia’s misadventures was when he asked a Starbucks manager to be a greeter similar to the Walmart greeters. When the manager didn’t seem to want to go for it, Jia asked him “is that weird?”. And as soon as he asked that, a moment of empathy was born between them and the manager allowed him to do it for the next few hours.

Even if you’re not as brave or driven as Jia Jiang, here are a few areas that I see my clients stopping because of the fear of rejection. Any form of outreach. Regardless of their age, stage, industry. Most business owners balk at having to reach out and phone, message or network with people to ask them to do business together. Public speaking. That’s a big one that needs a lot of rejection therapy. Blogging, writing anything in public. Selling to bigger or unfamiliar fish also triggers a big fear of rejection. Lastly, the big fear in most business owners is to change the way they do their business. Whether it’s changing how they sell, market or work.

So get over yourselves and de-sensitize your senses to rejection. If you ever wanted to get better at handling rejection, what challenge would you set for yourself?